1Ti 4:2          In the previous verse Paul admonishes Timothy with the importance of opposing the “strange doctrines” that were being advocated in Ephesus (1Ti 1:3), reminding him that it was precisely by giving heed to such doctrines of demons that the Spirit had warned some would fall away from the faith.  In this verse, how does he describe the human agents responsible for the spread of such false teaching?  What word describes their religious veneer?  What word describes their true nature?  See Jn 8:44.  Which is worse: those who lie about temporal, carnal, and fleshly matters, or those who lie about eternal, spiritual matters?  See 1 Jn 1:6, 2:4, 4:20, Rev 2:2, 3:9.  What is the end of all liars?  See Rev 21:8,27, 22:15.  Note: “sear with a branding iron” translates a Greek word from which we get our word “cauterize”; what effect does the sear of a hot iron have upon one’s flesh, and what does it teach us about the effect of unrepentant sin upon one’s conscience? 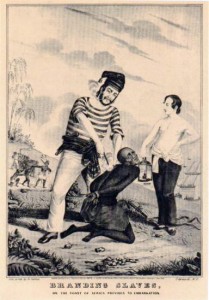