Mat 9:18-26   What was the name of the synagogue official who came to Jesus, and what additional information does Mark supply about the man’s daughter?  See Mar 5:22-23.  What additional information does Luke give about the girl?  See Luk 8:42.  Is there a contradiction between Matthew’s account that has the man saying his daughter had just died and Mark’s and Luke’s accounts that have him saying she was at the point of death?  Hint: consider that Matthew’s account is greatly contracted with both episodes in this passage comprising only 9 verses as compared to 23 verses in Mark and 17 verses in Luke, and part of that contraction is Mar 5:35-36 and Luk 8:49-50.  Does the use of such literary conventions as contracting an account as Matthew has done negate the trustworthiness or inspiration of that account? What does this teach us about the danger of being too literal and precise in our interpretation of the Scriptural records? 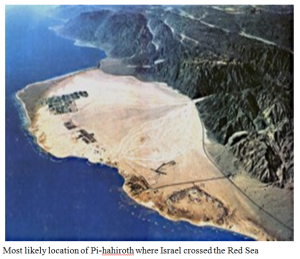 What was Jairus’ request that demonstrated his faith in Christ for his daughter’s salvation[1], and in what way must we have the same faith for our own and others’ salvations?  See Mat 9:18, Mar 5:23.  What indication do we have of Jairus’ complete despair in the situation and total dependence upon the Lord for a solution?  See Mar 5:22-23.  Why is that often the best place for us to be in order for the Lord to hear and answer our requests?  See Luk 1:37, 18:27; cf. Exo 14:1-14 and how the Egyptians had the Israelites completely boxed in at the sea so they were entirely without hope apart from the Lord.

Mat 9:20-22  What demonstrated the great faith of the woman who sought healing even while Jesus was on His way to heal Jairus’ daughter?  See Mat 9:21.  What does the parenthetical description of the woman’s healing indicate about the incidence of Jesus’ healing and how widespread his healing ministry was?  Cf. Joh 20:30, 21:25.  What part of Jesus’ garment did the woman touch, and what is its significance?  See Num 15:38-40.  Did Jesus say that it was because she had touched the fringe of His cloak that she was healed?  See Mat 9:22.  With what was she afflicted?  What is a hemorrhage?  How does Mark describe her affliction, and how does it also describe so many people today?  See Mar 5:25-26; cf. 1Ch 21:13.  For how long had she had this affliction and suffered at the hands of men, and what does this indicate about the hopelessness of her situation?  What is the significance that the words translated in this episode as “get well” and “made well” are literally the words for salvation (see NASB text notes)?  What does this teach us about the nature of the Lord’s salvation: is it just spiritual?  What does the woman’s physical healing teach us about our spiritual salvation?  See Mat 9:22; cf. Eph 2:8-9.  What additional aspect of this episode do Mark and Luke record that Matthew has left out?  See Mar 5:24,30-32, Luk 8:42b, 45-46.  How was the “touch” of the multitudes who were pressing around Jesus different from the “touch” of the woman?  In what way is this illustrative of the way the multitudes on the broad road to destruction “touch” Jesus that is different from the way those who are on the narrow path to life “touch” Him?  Do we reach out and “touch” Jesus with the faith that He is our complete and sole source of salvation, or do we merely press against Him with the multitudes for how He can help us save ourselves with a salvation of our own desire?  What is the result to those who “touch” Jesus in complete faith that He alone can save?  See Mar 5:30, Luk 8:46.  What do these two episodes teach us about those whom the Lord is especially inclined to save?  See Luk 4:18.  Have we come to the same realization as the woman that all of our own efforts to save ourselves and all of our trust in men is futile, and if we are to be saved, we must instead seek out Jesus as our only hope?  Is it possible that the reason so many do not find healing and salvation in the Lord is because in their heart of hearts they are still seeking it from men or through their own efforts and have not yet come to the point where they can see their utter hopelessness apart from the Lord?  How much easier might our lives be if we were to seek first God and His kingdom, instead of first exhausting our own efforts?

Mat 9:23-26  Consider the urgency of Jairus’ request for Jesus to come heal his only daughter as she lay dying and “at the point of death” (Mar 5:23); how must he have felt about the multitudes who “as He went … were pressing against Him” (Luk 8:42) and by the interruption as Jesus paused to inquire about someone who had touched His clothes?  How must he have felt when “while He was still speaking” to the woman (Mar 5:35) the news came that his daughter had just died?  When at that moment all was lost for Jairus and all hope had vanished, was it in fact too late for Jesus to help him?  Cf. Joh 11:14,17,32,37,43-44.  What does this teach us?  Is it ever necessary to become impatient when seeking the Lord’s help and salvation?  See 1Sa 13:5-14.  Apart from one’s own willful rejection, is it ever too late for Jesus to save?  What did Jesus say to comfort Jairus in his hopelessness?  See Luk 8:50.  Again, what is the significance that the word Luke uses for “made well” is literally the word for salvation?  Considering Jairus’ position as a synagogue official and the “flute players and the crowd in noisy disorder” (Mat 9:23) who had gathered at his home in sympathy, as well as “the multitudes” who were “crowding and pressing upon Him” along the way (Luk 8:45) how many people may there have been gathered together?  Who did Jesus allow to follow Him in to the girl?  See Luk 8:51.  Why do you suppose He limited who could enter, and why did He tell the crowd that had gathered that the child had not died, but was asleep; and why, after having raised her from the dead, did He give “strict orders” that no one should know about it (Mar 5:43, Luk 8:56)?  Hint: consider again the type of Messiah the people were expecting and the practical dangers of attracting too large a Jewish following that would concern the Roman authorities; see again Acts 5:36-37.  Why were the people “laughing” at Him?  See Luk 8:53, and note that the Greek word used carries the nuance of “deride” or “scorn”.  With what effort did Jesus restore the life of the little girl, and how long did it take to revive her?  See Mat 9:25, Mar 5:41-42.  How does Luke describe her resuscitation?  See Luk 8:55?  What does the fact that her spirit “returned” indicate about what happens to a person at physical death?  Cf. Jam 2:26.  Where do the spirits of the righteous saved go upon physical death?  See Luk 23:46, Act 7:59, 2Co 5:8, Phil 1:21-23, Heb 12:23.  Where do the spirits of the unrighteous who are not saved go upon death?  See Luk 16:22-23, 1Pe 3:19-20, 2Pe 2:9.  What orders did Jesus give in regard to the girl He raised from the dead?   See Luk 8:55.  What similar orders must those who are raised from spiritual death give heed to?  Hint: see Mat 4:4.