When does Matthew say that Jesus explained this parable?  See Mat 13:36.  What is the significance that it was only after leaving the multitudes and entering into the house that He explained its meaning?  See Mat 13:11; cf. Luk 8:16.  What does this teach us about how we are to come to understand the “things hidden since the foundation of the world” (Mat 13:35)?  In the parable, who does the good seed and the one who sows them represent?  Who do the tares represent?  See Mat 13:37-38. What is a tare, what is its resemblance to wheat, and when does it become evident or recognizable?  See Mat 13:26 and note: the modern name for this plant is bearded darnel (lolium temulentum); it is a weed that looks very similar to wheat or barley after it has sprouted, and just like in the parable, becomes completely distinguishable only after the “fruit” or ears of grain appear.  What does this teach us is the distinguishing characteristic of those who have been born again of the good seed sown by Jesus: that they have sprouted, are growing up in the midst of others who have sprouted, and bear an early resemblance to those who are true sons of the kingdom, or, that they bear the fruit of the good seed that was sown?  Did Jesus teach that it was by one’s outward appearance and religious speech that we would be able to distinguish the true from the false?  See Mat 7:16-20, 12:33.

Is it the case that the tares have no fruit?  Note: tares, like all plants, bear fruit with seeds to reproduce themselves; however, its seed is black and smaller than that of the wheat.  It yields “the only deleterious grain among all the countless grasses; if mixed with bread, L. temulentum occasions giddiness, nausea, difficulty of articulation, and other symptoms ranging from intoxication to paralysis, and instances are on record where mortification of the extremities, or even death has ensued” (McClintock and Strong’s Cyclopedia).  In what way are these symptoms akin to those produced when the fruit of spiritual tares is mixed with the fruit of God’s holy word?  What does this teach us about why the tares are first gathered out of the field and burned prior to the harvest of the wheat?  Think: of what value would the harvest of wheat be to the owner, either for food, or to sow in the future, if the tares got harvested with the wheat and the two seeds got mixed together? 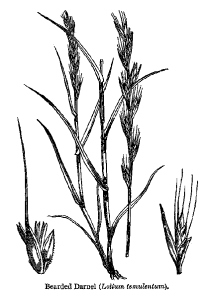 Throughout history many people believed that tares were degenerate wheat; i.e., the same plant, but that for whatever reason, it would bear a deformed fruit; is this accurate?  See Mat 13:25.  In what important way are those who are described as tares in this parable different from those whom Jesus described as seed sown on rocky soil or among thorns in the parable of the sower?  Think: of what seed was each born, and what fruit did each bear (or potentially bear)?  I.e., whereas the rocky and thorny soil received good seed and so represent those who are truly born again of that good seed but then wither or are choked so as to not bring forth any of the desired fruit to maturity, are tares even of the same seed?  In this light, who do the tares represent that are born of an entirely different seed, sprout, and at first appearance may seem to be growing with the same purpose as the good seed, but in the end bear a fruit that is not only completely different from what was intended, but indeed deleterious to the purposes of the sower?  Who is it that sows the tares?  See Mat 13:39.  What does this teach us is the true origin of false Christian and non-Christian religions?  Cf. 1Ti 4:1.  In what way are those who think tares are just degenerate wheat like many today who think all religions are basically the same and that all roads lead to Jerusalem?

Augustine taught that the field in this parable represents the Church and so legitimized the mixture of true and false believers in the state sponsored church that arose after Constantine’s conversion to Christianity; is this what Jesus said the field represents?  See Mat 13:38.  If a congregation is full of tares who bear an entirely different fruit, is it best described as Christ’s holy Church, or a field of the world, not unlike other worldly fields such as the Kiwanis or Rotary clubs or the Red Cross that also exhibit a mixture of people born of different seeds?  Is a nominal Christian who is a part of a Christian culture but is Christian in name only best described as a tare, as seed sown on the rocky soil, seed sown among thorns, or something else?  See 13:4.

When did Jesus say that his enemy sowed the tares? See Mat 13:25.  What does this teach us about the importance of guarding our fields, and when we need to be especially vigilant?  See 1Th 5:6, Act 20:29-31.

Why did the landowner not allow the tares to be gathered up prior to the harvest?  See Mat 13:29 and consider that because the roots of the tares intertwine with the roots of the wheat, they cannot be separated from the wheat without uprooting it also, and so must be allowed to grow together until the harvest.  What does this teach us about the Lord’s concern for those born of His good seed?  Cf. Mat 18:12-14, Joh 10:27-29, Rom 8:31-32,35,38-39.  What does this teach us about how intertwined are the roots of all humanity, and why God in His wisdom does not immediately uproot the wicked who are born of a different seed?  Think: how might the uprooting of spiritual tares like Mormons or Muslims also uproot the spiritual wheat in their midst?  Cf. Dan 4:4-5,10-12,20-22. 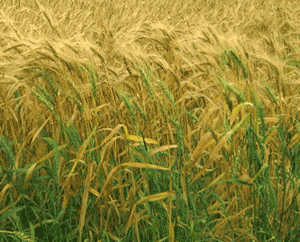 How does this parable describe the end of “all stumbling blocks and those who commit lawlessness”?  See Mat 13:42, cf. Mat 13:50.  Is the “outer darkness” (Mat 8:12, 22:13, 25:30) or the “place with the hypocrites” (Mat 24:51) where there will also be weeping and gnashing of teeth necessarily the same place as the “furnace of fire” where there will be weeping and gnashing of teeth?  Hint: in the terms of this parable, do those whom Jesus says will be cast into outer darkness or assigned a place with the hypocrites appear to be born of an entirely different seed?  Does the “gnashing of teeth” necessarily refer to those who are cast out gnashing their teeth in anguish?  See Psa 35:16, 37:12, Lam 2:16, Act 7:54, and Sir 51:3 from the LXX “delivered me… from grinding teeth about to devour me”.

By what means are the wicked gathered out of God’s field and burned?  See Mat 13:40-42.  What does this teach us about the dual purpose of God’s angels to not only render service for the sake of those who will inherit salvation (Heb 1:14, cf. 1Co 11:10), but also to execute judgment upon the wicked?  Cf. Rev 19:17-18.  What is the result at the time of the harvest of the wicked being separated from the midst of the righteous?  See Mat 13:43.  What does it mean that the righteous will shine forth as the sun, and what is our part in that even now?  See Eph 5:8-11.