Recall that Jesus’ disciples believed the establishment of Christ’s kingdom was imminent and that they as His followers would occupy positions of prominence in it after the manner of the worldly kingdoms with which they were only familiar.  As a result, an argument had arisen among them as to which of them was or would be the greatest in His kingdom.  What was their notion of greatness, and what sort of leaders would they have looked to as examples of greatness?  See 1Ki 10:4-7,23-25; but cf. 1Ki 11:1-2,9-10.  While they assumed that they would be a part of Christ’s kingdom, what did Jesus say in Mat 18:3 to correct their faulty understanding?  What did they need to be converted from in order to even enter into His kingdom?  Who did Jesus present to them as an example of what they needed to be converted to in order to enter into His kingdom?  See Mat 18:2-4.  How was this completely contrary to their notions?  Cf. Mar 10:13-16.  How is this the exact opposite of the commonly held notion that children need to “grow up” by being exposed to the evil in the world because that is the way the world is and they need to learn to be able to survive in it?  In light of Jesus’ words here, should our goal be to convert our children to be like us, or to convert ourselves to be like them?  Are we guilty of converting our children to our own worldly notions and desires that are contrary to the humble faith taught by Jesus?  If true salvation is being converted to the innocence and humility of children, what is the great danger of indoctrinating our children into the lusts that the world wars after?  See Mat 18:6-7.

What do Jesus’ words here indicate about the Roman Catholic doctrine that children are damned if they die without being baptized?

Since it is those who are like children that Jesus says shall enter into His kingdom, who are those who will find it easiest to do so: children or adults?  What implications does this have for our evangel-ism efforts?  What does this teach us about who should be providing free education to children: the Church or the government?  In terms of the unseen spiritual battle for the souls of men, what ought we to understand about why the godless push for compulsory, government funded education at earlier and earlier ages?  As parents, who must be our very first and most important mission field?  See 1Ti 3:4-5.

How do those who think they are the greatest tend to regard those who are more humble and do not seek to be first?  See Mat 18:10 and contrast Rom 14:1,4,13, 15:1-2,7.  How do Jesus’ words in Mat 18:5 address the argument that had arisen among the disciples?  Today people speak of “receiving Jesus” as saying a prayer to ask Him into your heart; what do His words here in Mat 18:5 indicate about what it means to “receive Jesus”?  See again Rom 15:7 as well as 1Jo 4:20, and cf. Mat 25:31-46.  Who does Mark say we also receive by receiving the humble and so receiving Jesus?  See Mar 9:37.  What is the tendency of those who are the lowliest to receive others who are meek and humble, and how does this exemplify the truth of Luk 9:48c?

In the context of Mat 18:1-5 and the argument the disciples were having about which of them was the greatest, to whom does Jesus refer as “little ones” in Mat 18:6?  Think: in order for one to think of himself as the greatest, what must he necessarily think of others?  What does a “heavy” millstone refer to?  See NASB text note.  What do His words in Mat 18:6 indicate about the great danger of exalting ourselves over other Christians, and disregarding or even despising them so as to perhaps cause them to stumble?  In what ways have those who seek positions of greatness in the modern denominational and hierarchical structure of what most people think of as the Church caused many of those who are more lowly to stumble and reject the truth?  Considering again that Jesus used a child to exemplify the humble and lowly, what should we learn from Mat 18:6 about the great danger of leading children into sin and causing them to stumble?  What does it teach us about the awesome responsibility we have as parents to seek out and understand the truth for ourselves so we can teach our children and not through our own ignorance and neglect cause them to stumble?  What is the danger of abdicating our responsibility to educate our children to those who do not understand and teach the truth, such as is commonly the case in the public school system? 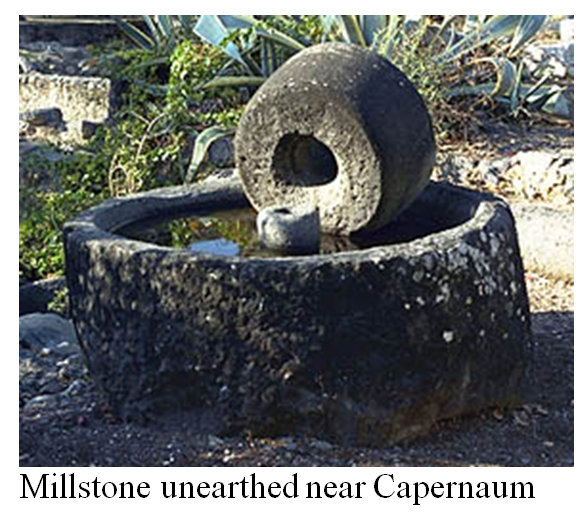