What did the disciples do to the young donkey before Jesus road it into Jerusalem?  See Mar 11:7, Luk 19:35.  What does Matthew add in his description that includes the mother of the colt?  See Mat 21:7.  Notice the wording there is literally, “He sat on them”; does them refer to the donkeys, or to the garments?  Cf. Mar 11:7.  Why would they have also put their garments on the mother donkey?  What does this again teach us about the gentle nature of our Lord and the manner in which He teaches the lowly?  Cf. Mat 11:28-30.  Do not our own children also learn best from the example of their parents, and especially their mothers?  Cf. 1Sa 1:24-28, 2Ti 1:5, 3:15, contrast Mat 14:6-8, 2Ch 22:2-4.  What does this teach us about the importance of our example to our children?  How did the trappings with which the disciples decorated the donkey upon which Jesus made His entrance into Jerusalem differ from those with which the kings of this world would decorate their horses?  Besides offering Him their cloaks to sit upon, what else did the multitude do with their cloaks?  See Mat 21:8, Luk 19:36. What is the symbolic and spiritual significance of them laying down their cloaks before Him to sit upon and ride over?  See Exo 22:26-27, 2Ki 9:11-13, and cf. Gen 3:7,21, 1Sa 18:3-4, Mar 10:50, Luk 15:22, Rut 3:9, Rom 13:14, Gal 3:27.  Although the actions of His disciples and the people contrasted with the pomp and extravagance in which the kings of this world glory, in what way did their actions reflect the nature of the true worship in which God glories?  Cf. Joh 4:23-24 and think: Is God as much interested in the wealth of our golden baubles as in a heart that willingly strips itself of that which is most near and dear to our flesh in order to serve Him in love, even to the laying down of our lives?  Did not Christ do the same for us?  Cf. Phil 2:5-8, Mat 20:28.  In what way might we offer our cloaks to Jesus today?  See Mat 25:36a.

In addition to their garments which they laid in the road for Jesus to ride over, what else does Matthew record that the people spread along the road?  See Mat 21:8.  How is Mark’s description slightly different, and what might it add to Matthew’s description?  See Mar 11:8 and note: “leafy branches” is a completely different word than that used by Matthew and translates the Greek stiba,j, which is properly a soft layer or litter of foliage that could be used as a bed, such as leaves, reeds, rushes, twigs, straw, etc…  Where does Mark describe these as being cut from that is different from what Matthew says?  What does John’s description add to the picture?  See Joh 12:13.  Should we necessarily assume that the palm branches were just another form of foliage that the people spread on the road?  Cf. Rev 7:9.  Palms grow very straight and tall, are ever-green, elastic and firmly rooted to weather the fiercest storms, are long-lived, and bear a sweet fruit for generations; what then is their significance in Scripture?  See Psa 92:12-15 (contrast verse 7 of the psalm), 1Ki 6:29,32,35, Eze 40:16,22,26,31,34,37, 41:18-20,25[1].  Cf. also Isa 9:14-15, 19:15 and think what the picture of palm fronds in the hands of the people as Jesus rode over a litter of rushes would symbolize.  What was the significance of palm branches in the Old Testament that the Jews would have been familiar with?  See Lev 23:40; cf. also 2Ma 10:1-8[2], and observe that the cleansing of the temple described in Maccabees is what is celebrated during the Feast of Dedication mentioned in Joh 10:22 that we know as Hanukkah.  What additional significance does this give us into the event that Matthew records as immediately following Jesus’ entrance into Jerusalem?  See Mat 21:12. 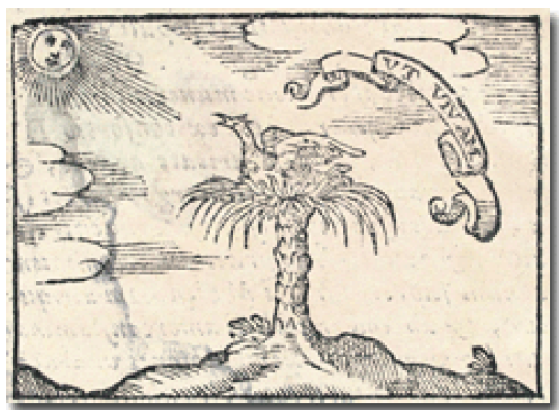 1. From its uprightness and beauty, the Hebrew word for palm tree, Tamar, was used as a name for women (Mat 1:3; cf. Song 7:6-8).  The Greek word for palm tree is phoenix, and it was because of the preponderance of date palms in the land of ancient Israel that the people along the coastlands were known as Phoenicians, just as those who live in Phoenix, AZ are also called the same.  The legendary bird called the phoenix is said to have nested in a palm tree, hence the relationship.  Both became symbols of long life and righteous fruitfulness, as the phoenix was said to never die because it alone of the animals did not eat of the forbidden fruit offered them by Eve.  It was believed to have had beautiful iridescent plumage of bright red and gold and after living 500 years it would then gather a large amount of aromatic spices to its nest that the hot rays of the sun would ignite and immolate the bird, but three days later it would rise again from its own ashes, so that it became a Christian symbol of the resurrection.  Cf. the following different translations of Job 29:18 NAS “Then I thought, ‘I shall die in (lit. “with”) my nest, And I shall multiply my days as the sand.  LXE And I said, My age shall continue as the stem of a palm-tree; I shall live a long while.  NRS Then I thought, ‘I shall die in my nest, and I shall multiply my days like the phoenix.↩

2. 2 Maccabees 10:1-8  NRSNow Maccabeus and his followers, the Lord leading them on, recovered the temple and the city;  2 they tore down the altars that had been built in the public square by the foreigners, and also destroyed the sacred precincts.  3 They purified the sanctuary, and made another altar of sacrifice; then, striking fire out of flint, they offered sacrifices, after a lapse of two years, and they offered incense and lighted lamps and set out the bread of the Presence.  4 When they had done this, they fell prostrate and implored the Lord that they might never again fall into such misfortunes, but that, if they should ever sin, they might be disciplined by him with forbearance and not be handed over to blasphemous and barbarous nations.  5 It happened that on the same day on which the sanctuary had been profaned by the foreigners, the purification of the sanctuary took place, that is, on the twenty-fifth day of the same month, which was Chislev.  6 They celebrated it for eight days with rejoicing, in the manner of the festival of booths, remembering how not long before, during the festival of booths, they had been wandering in the mountains and caves like wild animals.  7 Therefore, carrying ivy-wreathed wands and beautiful branches and also fronds of palm, they offered hymns of thanksgiving to him who had given success to the purifying of his own holy place.  8 They decreed by public edict, ratified by vote, that the whole nation of the Jews should observe these days every year.↩