John’s gospel also describes an account of Jesus cleansing the temple; in what several ways does His description differ from Matthew’s?  See Joh 2:13-22.  Are we to assume as do many modern commentators that they are describing the same event?  Notice at what time in Jesus’ ministry the cleansing John describes takes place as opposed to the cleansing described by the Synoptics.  Should we assume that because a relatively unknown itinerant preacher acted out in righteous anger during a Passover celebration at the merchandising going on in the temple that those who profited from the business just slinked away and never attempted to do so again, or that the zeal for His Father’s house that consumed Jesus (see Joh 2:17) only happened on one occasion?

How does Matthew’s description of Jesus cleansing the temple also differ in time frame from what Mark describes?  See Mar 11:11-15.  When does Luke describe it as happening?  See Luk 19:45-46 and the preceding context.  Is it a contradiction that Matthew and Luke describe the cleansing as happening the day of His triumphal entry but Mark describes it as happening on the next?  Think: how many people might there have been in Jerusalem for the Passover, how big was the temple and its courts, and how big of a merchandising enterprise might there have been in order to accommodate the many worshippers?  Cf. Luk 21:37 and Josephus’ description of the number of Jews who had gathered in Jerusalem for a Passover[1].  Note also that the temple area was over 35 acres (1.5 million square feet) in size, and the Court of the Gentiles where the merchandising would have taken place was over 10 acres; see also pictures of a scale model of the temple here.  Considering the size of the temple and the large numbers of people who would have filled it during the Passover, should we understand that Jesus’ cleansing of the temple was quickly accomplished because there were only a few people involved and only a couple of tables set up as if in a church foyer that Jesus overturned?  And are we to assume that those whom He confronted offered no resistance but immediately repented and made no other attempts to continue their practice even though there was much profit to be made at this busiest time of the year?  Rather, should we not understand that because of the size of the temple area and the huge number of people gathered for the feast that the cleansing described was more of a process than an event, which began (see Luk 19:45) when He first entered the temple on the day of His triumphal entry as a single incident, perhaps as a warning, but that continued on the following day or days with continued earnest?  See Mat 21:23 and think: what “things” was Jesus “doing” (present tense) on the following days that the religious authorities were questioning His authority to do?  Cf. Luk 20:1-2.  Should we suppose that any gospel writer was not truthful for simply relating the event as happening without specifically relating all the details and timing?  For what purpose would Matthew in his gospel to the Jews have emphasized the cleansing of the temple immediately after Jesus’ triumphal entry to Jerusalem?  Recall again the Jewish expectations that the Messiah would come and deliver the people at Passover and His salvation would require the spiritual cleansing of the temple; cf. Isa 1:11-17.

In this light, what do the descriptions of this event happening on multiple occasions indicate about how consumed by zeal Jesus was that the holy temple of God should not be defiled?  Again, what is the temple of God today, and do you think Jesus is just as zealous that it should not be defiled, especially by those who would use it as a pretense for furthering their own greed and worldly ambitions?  See 1Co 3:16-17, Heb 13:8, Col 3:5.  Are we to imagine that those who were responsible for or permitted the merchandising going on in the temple were completely evil, insincere, non-religious atheists who had just moved in on the true worshipers in order to exploit people entirely for their own selfish interests?  Or rather, should we understand that they were not much different even from most Christians today, including ourselves, who had every appearance of being sincere but justified such things as being financially expedient in order to support and further expand the temple worship[2]?  Think: in what ways have many today resorted to merchandising and using other worldly techniques to market and build the Church because it is expedient?  What does Jesus’ zeal for God’s temple especially in this very context teach us is the great danger of such?  See 2Pe 2:1-3,15, and consider what would happen to Jesus today if He showed up at a mega-church and overturned the bookcases in the bookstore, drove out those who were selling “Son Bucks” coffee, unplugged the praise band, and wouldn’t let anyone climb on the rock wall or use any of the recreational facilities: Would there be even the popular support He had in His day from people so that the religious leaders would be afraid to have Him arrested, or would they one and all pounce upon Him?  Cf. Luk 18:8.

What else does Mark note about Jesus’ actions that further obstructed the irreverent practices that had become accepted in the temple precincts?  See Mar 11:16 and note the NAU “merchandise” is more literally a container or vessel; because it was a shorter distance, people would often carry their loads through the temple courts rather than bear them along a circuitous path around the large temple area.  Is there a similar way in which people today instead of circumventing things that are sacred tread upon hallowed ground as a shortcut in their other secular pursuits?  Is Jesus opposed to this?  Should we be?  See Eze 22:26. 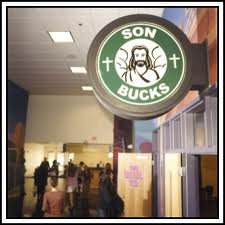 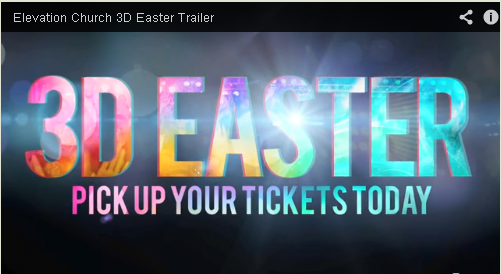 1. Wars of the Jews 6:422-427   422 And that this city could contain so many people in it, is manifest by that number of them which was taken under Cestius, who being desirous of informing Nero of the strength of the city, who otherwise was disposed to despise that nation, entreated the high priests, if the thing were possible, to take the number of their whole multitude.  423 So these high priests, upon the coming of that feast which is called the Passover, when they slay their sacrifices, from the ninth hour till the eleventh, but so that a company not less than ten {c} belong to every sacrifice, (for it is not lawful for them to feast singly by themselves,) and many of us are twenty in a company,  424 found the number of sacrifices was two hundred and fifty-six thousand five hundred;  425 which, upon the allowance of no more than ten that feast together, amounts to two million seven hundred thousand and two hundred persons that were pure and holy;  426 for as to those who have the leprosy, or the gonorrhea, or women that have their monthly courses, or such as are otherwise polluted, it is not lawful for them to be partakers of this sacrifice;  427 nor indeed for any foreigners either, who come here to worship.↩