Besides tying up heavy loads that were burdensome for the people to carry, what other main charge does Jesus make against the scribes and Pharisees that reveals their true nature as hypocrites?  See Mat 23:5a, cf. Mat 6:1-2,5,16.  What two examples does He give of them making a show of their religious deeds to be noticed by men?  See Mat 23:5.  What were phylacteries?  Note that this refers to little leather boxes that were strapped to their left arm and forehead.  Within the boxes were the following portions of Scripture that gave rise to the practice: Exo 13:1-10,11-16; Deut 6:4-9; 11:13-21.  The word means to guard, as in a safeguard—originally in the proper sense of being guarded by God’s word, but which degenerated into a sort of “lucky charm”[1].  Besides the pretentious literalism of the practice itself, what in addition does Jesus say they were doing that demonstrated an even greater hypocrisy?  And again, for what purpose were they making them extra wide?

What else does Jesus note in Mat 23:5 that the scribes and Pharisees did to draw attention to their religious observance?  By whom had God intended the tassels to be observed, and for what purpose?  See Num 15:38-39[2].  How does that contrast with how those who were only outwardly religious were using them?  In light of their intended purpose as a reminder to observe God’s law and not follow after their own heart, what is the significance that it was by touching the tassels worn by Jesus that people were healed?  See Mat 9:20, 14:36, and cf. Psa 107:20.  In what ways have practices similar to these Jesus mentions in Mat 23:5 arisen among Christians throughout the ages, such as in their use of icons, rosaries, scapulars, religious vestments, or other apparel, jewelry, or even Bibles, to be noticed by men?  Should it ever be necessary for true Christians to be recognized by their religious paraphernalia?  Rather, what ought to identify them?  See Mat 5:16, 1Pe 2:12[3].  What is the danger to true belief of such religious pretense?  See Joh 5:44.

In addition to their broadened phylacteries and lengthened tassels, what else does Luke mention that the scribes wore to draw attention to themselves?  See Luk 20:46 and notice that long robes were “worn by kings, priests and people of rank” (Thayer Greek Lexicon); cf. 2Ch 18:9, Jon 3:6.  How does God view the apparel men wear as a display of their own righteousness and standing?  See Isa 64:6.  In contrast to the robes of one’s own righteousness worn to be seen by men, with what does Scripture say those who trust in Christ’s righteousness will be clothed?  See Luk 15:22, Gal 3:27, 1Co 1:30, Phil 3:9, Rev 6:11, 7:9,13-14.  Consider that the religious pretense of the scribes and Pharisees had an outward appearance of godliness which deceived others to believe they were the righteous people of God when in fact they were not; in deceiving others in this regard, who in fact did they really deceive?  See Mat 22:11-13 and cf. Mat 7:21-23. 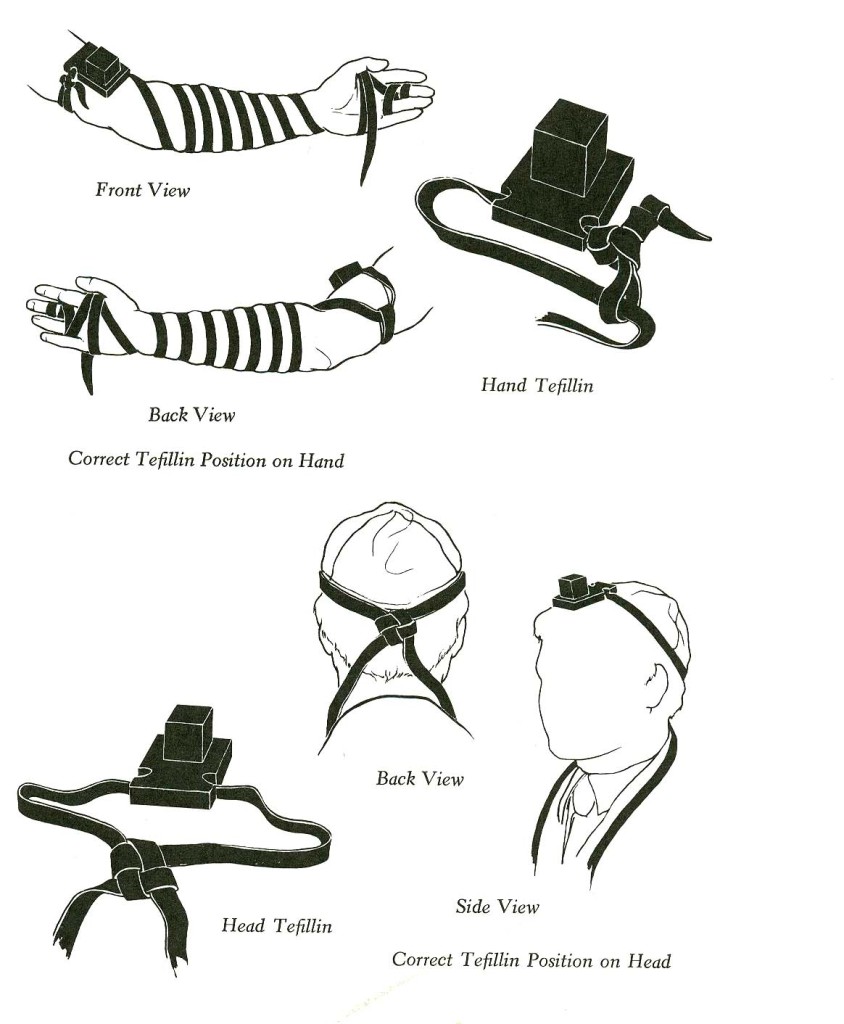 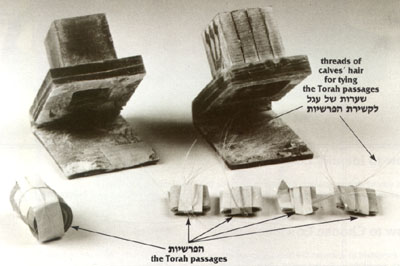 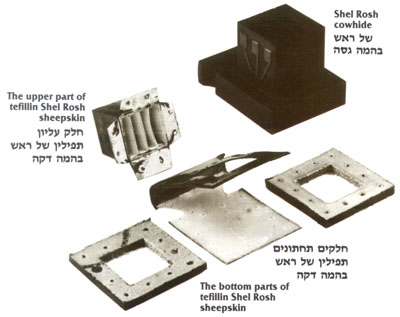 1. Also referred to as tephillin.  “That for the head was to consist of a box with four compartments, each containing a slip of parchment inscribed with one of the four passages. Each of these strips was to be tied up with a well-washed hair from a calf’s tail; lest, if tied with wool or thread, any fungoid growth should ever pollute them. The phylactery of the arm was to contain a single slip, with the same four passages written in four columns of seven lines each. The black leather straps by which they were fastened were wound seven times round the arm and three times round the hand. They were reverenced by the rabbis as highly as the scriptures, and, like them, might be rescued from the flames on a sabbath. They profanely imagined that God wore the tephillin.”  (Marvin Vincent, Word Studies in the New Testament).↩

3. We must do such good works, that they who see them may glorify God; but we must not proclaim our good works, with design that others may see them, and glorify us.  Matthew Henry.↩