Recall from Mat 23:7-8 that the scribes loved respectful greetings and took delight in their high positions to be called by others Rabbi, Father, Teacher, and leaders; in contrast, what has Jesus called them throughout the eight woes He has pronounced upon them?  See Mat 23:15,16,17,27.  What does this teach us about the very different view God has of the proud than they have of themselves?  What does Jesus call the scribes and Pharisees in Mat 23:33 that summarizes their true nature?  Although they believed God was their Father and they were His sons and so a part of His family, what do Jesus’ words remind us of who their real father was?  Cf. Joh 8:41,44.  Where must one look to see a serpent, and how does that contrast with what the scribes and Pharisees supposed was their high position before God? Cf. Gen 3:14.  In this light, why is a serpent or viper an especially appropriate name for those who secretly love the dirt of this world rather than the purity of God’s heavenly kingdom?  Cf. Joh 13:10.  What insight does this give us into the righteous judgment of God for why the original serpent was cursed to go about on its belly?  Think: is it not right that those who love low things should be brought low?  In what way might those who live for their fleshly appetites be said to go about on their bellies, so that a serpent is an especially fitting name for them?  Cf. Phi 3:19.  In what way like a serpent is their tongue forked, or like a viper is there poison under their tongue?  Cf. Psa 140:3, Mat 12:34, Rom 16:18.

As with the great dragon who was thrown down, that serpent of old who is called the devil and Satan (Rev 12:9), what law of God’s kingdom that reflects His nature makes it fitting that the scribes and Pharisees should also be cast down to the ground as snakes along with all who are proud in heart?  See Mat 23:11-12.  Consider this inverse relationship: the lower one humbles himself, the higher God exalts him; cf. Phi 2:5-11, Num 12:3.  Or conversely, the higher one exalts himself, the lower shall God cast him down; is it only as low as the dirt of the earth that one may be cast down as a serpent?  See Mat 23:33, Isa 14:12-15.  As God is infinite and there is no limit to how high those may be exalted who humble themselves to reflect His nature, is there any limit to how low those who exalt themselves to reflect the proud nature of Satan may be cast down?  See Luk 8:31, Rev 9:1-2,11, and think: what does “bottomless” mean[1]?  What insight does this give us about the horrors of hell where there is no bottom to the depths to which one may sink into depravity and suffering away from the nature of God and His goodness?  Cf. Psa 119:120, Mar 9:42-48, Luk 16:23-24,28, Rev 14:11.  And what does the example of the scribes and Pharisees who are nearest in kin to Satan teach us about those who sink the lowest into that abyss: is it those who appear outwardly to be the most vile, or those who appear outwardly as angels of light but inwardly have the deceitful nature and character of Satan? 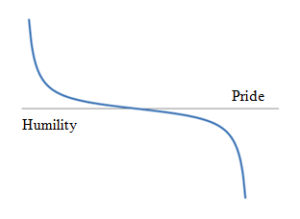 Having been born from below of the seed of the serpent, what rhetorical question does Jesus ask the scribes and Pharisees in Mat 23:33 in light of their true character as a brood of vipers, and in summary of the 8 woes He has pronounced upon them?  What is another word for sentence?  Note that the word used is translated nearly every other time by the NAS as judgment and is translated here by the KJV as damnation.  What does this remind us of the demands of justice, as the word is also occasionally translated, and there being a final accounting in which each man shall stand before a righteous Judge to be recompensed according to what is just?  Cf. Gen 18:25, Psa 9:7-8, Ecc 12:14, Mat 16:27, 25:31-33, Act 17:31, Rom 14:10,12, 2Co 5:10, Jud 1:14-15, Rev 20:11-13.  Upon what basis shall men be judged?  Will it be as some suppose by some arbitrary will of God based on how He happens to feel that day, as if He were capricious?  Or will it be by His righteous and holy law that is a reflection of His righteous and holy nature that in fact is unchanging, and that is evident to all men both through the light of general revelation and their own conscience?  Cf. Deut 18:18-19, Joh 5:45-47, 12:48, Rom 1:18-20, 2:14-16.  How does that contrast with how men are often judged in this life?  For their proud nature that reflected the nature of Satan and exalted their own will over the will of God, what sentence did Jesus say would be inescapable for the scribes and Pharisees, and by extension to all who are like them?  Notice that hell is literally Gehenna; i.e., not just Sheol or Hades as the general realm of the dead, but the place of punishment in Hades.  Cf. Mat 10:28, 18:9, 23:15, 2Pe 2:4, and the notes on the fiery hell in Mat 5:22 and 18:8-9.

1. Abyss derives from the Greek word  a + buthos , without a bottom.↩