Here at the end of Jesus’ discourse to His disciples on the Mount of Olives He is summarizing the substance of true religion by which all nations will be judged, even as was happening to the Jewish nation at that time, and which He is warning His disciples could easily sweep them away as well.  Just as a shepherd separates sheep from goats, so does He separate men into or out of His kingdom of righteousness through the truth of His word, which is the throne of His glory from which He reigns.  But the Father’s glory in which Christ comes and reigns is not like the glories of this present evil age, and is veiled not only from men, but even from angels.  For rather than exercising authority and lording over others, the glory of God is to raise up those who are weak and of no account and even dead in themselves and seat them on a throne of glory as He did Abraham, the nation of Israel, and of course Christ.  Now think: What does this understanding of the different nature of God’s glory teach us about “the appearing of the glory of our great God and Savior, Christ Jesus” that is the “blessed hope” for which we wait (Tit 2:13)?  Will that hidden glory ever become manifest in a way that the world would recognize as glorious?  Or does it only appear when those whom God would glorify are weak and of no account, or even completely dead in themselves, at which time He raises them from the dead as He did Christ and they come to share His glory as they also shared His sufferings?  Cf. Dan 12:6-7, Rom 8:16-18, 2Co 12:9-10, Phil 3:10-11, 1Pe 4:13-14; see also Col 3:4 and consider that when others come to see the true glory of Christ, hidden from their sinful nature, they will also see the true glory that belongs to those who have followed in the way of the cross, laying down their lives to serve others.

As Jesus came to sit upon His glorious throne and manifest the hidden glory of God through His ministry unto death that judged the nation of Israel and separated the wheat from the chaff and the sheep from the goats, in what similar way did His twelve apostles also come to sit upon thrones judging the twelve tribes of Israel?  Cf. Mat 19:28, Mat 23:34-36, Luk 22:24-30, Act 2:14-40, 4:1-14, 5:27-33, 7:51-8:1, etc.  What similar promise does He make to all who will take up their cross to follow Him as His disciples?  See Rev 3:21, 5:9-10, 20:4-6.  Are the thrones promised to God’s people the same sort of throne that is exalted by the world, any more than the glory He promises them is the same sort of glory that the world seeks?  In what way have the many saints throughout history who sacrificed their lives in this world in service to Christ been seated with Him on a throne of glory from where they reign with Him in glory through the legacy of their lives they laid down in order that others might also be saved?  Cf. Pro 17:6, 2Co 1:14, Eph 3:13, 1Th 2:20, Heb 11:24-26.

What do these things help us to understand about the way we glorify God, and are in turn glorified with Him?  Is it just in the sacrifice of praise we bring through song?  Or is it not much more in the sacrifices we make in laying down our lives as we take up our cross to follow Christ in service to others?  What does this understanding of the glory of God also teach us about how the gospel speaks beyond men even to angelic majesties, and why the potential glory of man is even greater than the glory of angels?  See Heb 2:5-10 and consider that it is humble, broken vessels like Christ that God would exalt and appoint over the works of His hands, because like the true Shepherd they lay down their lives to exalt others rather than lording over others to exalt themselves; cf. 1Co 6:3, Eph 1:10, Phil 2:10, Col 1:16-20.  In this light, what is the significance for who Jesus says would come with Him when the Son of Man comes in His glory?  See Mat 25:31 and think: in addition to being a part of Christ’s glorious retinue who serve Him by gathering out of His kingdom all stumbling blocks and those who commit lawlessness (Mat 13:41), and gathering in His elect from the four winds (Mat 24:31; cf. our studies on this verse), in what way does the hidden nature of the glory of God also become manifest even to angels when Christ comes in that glory and sits upon the throne of His glory, judging the nations in meekness and humility, and not by the exercise of authority and lording over them as the rulers of the nations—who are empowered by great spiritual forces in the heavenly places?  Cf. Deut 32:8 NET, Dan 10:13,20, Mat 20:25 (notice that Gentiles there is the same word also translated as nations, and rulers is the same Greek word used in Dan 10:13,20, Joh 14:30, Eph 2:2), 1Co 4:9 (notice that spectacle there is literally a theatre), Eph 6:12, Rev 5:11-13. 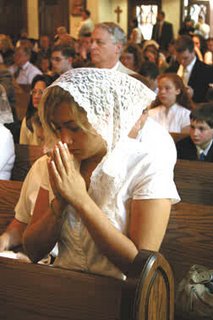 How does this also help us to better understand why during public worship God would ordain “because of the angels” that women should cover their heads while praying or prophesying as a visual reminder of the greater glory of God that comes from veiling one’s glory in submission to the authorities established by His creation than from seeking one’s own glory (1Co 11:10)?  See Eph 3:10; cf. Heb 12:22-23, Rev 1:20 and see also Luk 7:2-9, 2Co 10:8, 13:10, Jud 1:9.